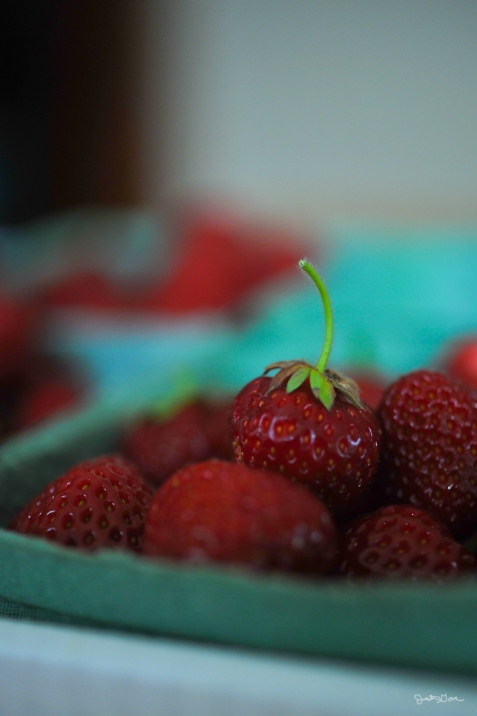 One thing I find truly satisfying is traveling by a strawberry field in late June or early July, windows down if in the car, and drinking in the sweet aroma of ripe berries. For all our human attempts to recreate, bottle, and aromatherapy this essence, I don’t think it can be found in anything other than a fully sun-ripened strawberry. And you can forget those wooden, white-cored monstrosities that arrive at our supermarkets year-round. No, the fact that there is a short window of time to enjoy this pleasure, makes it all the better. In Maine the arrival of the strawberry is even more gratifying, as it brings us one of the first true scents of summer, well before our tomatoes grow and ripen, even preceding our state’s prized blueberries.

While there are unending applications for the fresh field strawberry, my favorite is perhaps the most simple: cut berries, a bit of sugar, and a healthy squeeze of lemon. The preparation was one I learned from Giuseppina Tomassini, a dear friend who welcomed me into her Italian kitchen when I was first becoming adventurous as a cook. I met Giuseppina’s strawberries before I met her. They were delivered in three delicate glass dishes by her son, Valerio, upon my parents and my arrival in Ascoli Piceno, one trip to Italy. We were staying in an an apartment that was attached to their house, where I would take up residence for about a month. 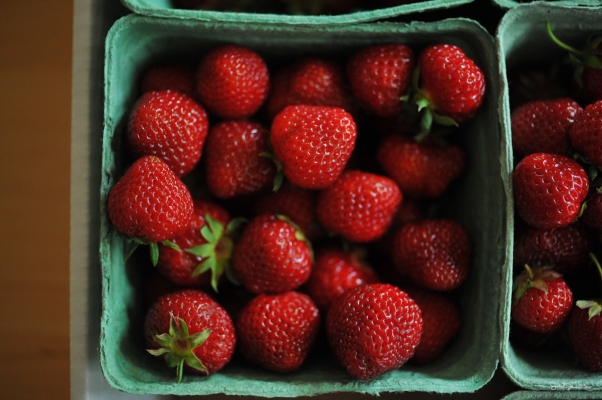 The trip from Camden, Maine to Ascoli Piceno, Italy is not exactly grueling, but it is a 24-hour affair with several legs, the final of which involves a long ride from Rome on a double-decker bus made for short people, not those of my family’s stature. A day of travel inevitably involves a lot of sitting, probably a few too many carbs, lack of sleep, lack of shower. The strawberries, just in season when we arrived, were exactly what we needed without knowing we needed it. It is nearly impossible to describe their effect.

I can say they invigorated and awoke us. They were tart, refreshing, nourishing. They tasted as perky as we hoped we would soon feel. Perhaps most importantly, they marked the first gesture of a unique and cherished friendship that would form between the Bedford and Tomassini families.

In classic Italian fashion, their goodness was based almost solely on the goodness of the berry. Just a few graceful touches to accentuate what was naturally there. As someone who has always politely picked around a serving of strawberry shortcake (too sickly sweet!), I was overwhelmed by admiration for Giuseppina’s dish. I think she found some quaintness in our adoration, and also a bit of well-measured pride as she invited me to cut berries and whip up a new batch by her side.

“Mescola, mescola,” she would instruct, much as she did when she taught me how to properly dress a green salad (majority olive oil, touch of homemade white wine vinegar, and sprinkle of salt). Mix, mix, it needed a good, healthy mix. With each turn the they grew a deeper red, and more fragrant, expressing everything I would imagine a strawberry should ought to.